Why I Love Robotics 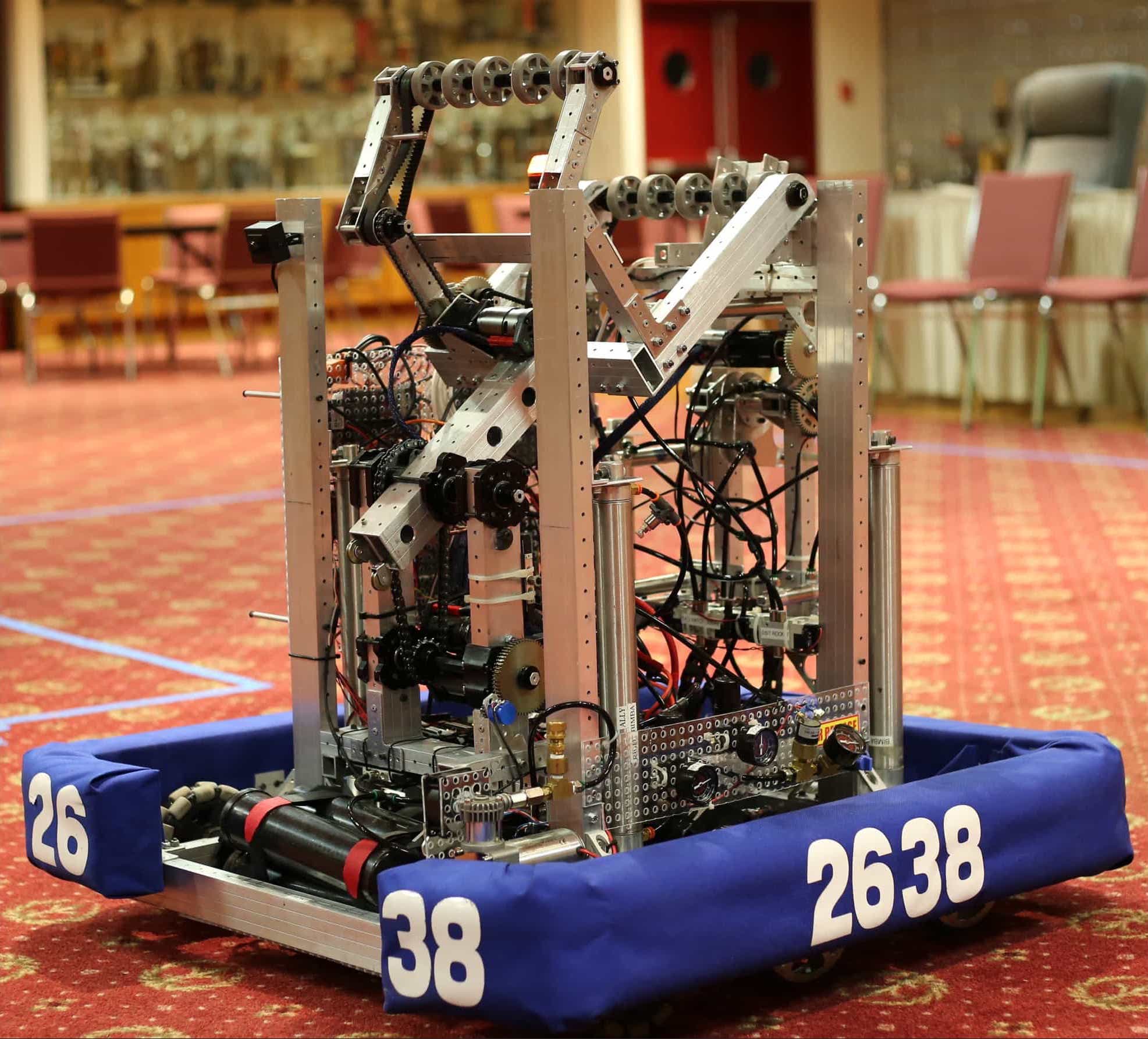 You only have six weeks. Time is running out. It is week 4, and you still don’t have a robot built, let alone even a somewhat working mechanism. It’s 10:00 PM on a Thursday night and you want to go to sleep. Your research paper is due tomorrow and your Algebra II teacher is not going to postpone tomorrow’s test for you. Someone asks you to fix something — no, two people do. Now three. Fix this, fix that, help with this, help with that. Do this, do that, change this, change that.

No, no, NO! The CAD software crashed. Time to wait 20 mins for the software to reboot. Meanwhile your friend texts you boasting that they are going to sleep at 10:30 PM. Ha.

From the other room, comes the voice of two. One says, “we are Rebel Robotics Team 2638 from Great Neck South High School in Great Neck, New York, and we are going to present to you the Chairman’s Awa—“. “Wait a sec...don’t the judges already know we’re here to present the Chairman’s Award, so why do we need to tell them that,” says the second. Mild laughter.

Still waiting. Why can’t they get us better computers???

Let’s see how the arm mechanism is doing in the woodshop. You go into the woodshop only to find exhaustion on people’s faces. You’ve been working on that mechanism for weeks, and the gearbox just simply doesn’t have enough torque to lift the arm. Gear ratio after gear ratio, new design after new design. Hour after hour, day after day. No luck.

OH! Autodesk Inventor loaded! Time to change those things...oh wait...what did you need to do again? “Saaaiifffff!!!!”

“We are Rebel Robotics Team 2638 from Great Neck South High School in Great Neck, New York, and we are going to—“

But suddenly, you hear a “YEEEESSSSSSSSSSSSS!!!!!!!!” coming from the woodshop. You stop what you’re doing. No more CAD. No more High Hopes. Screw that research paper due tomorrow. While no one conformed it yet, you knew what just happened: the arm mechanism finally worked.

And then a few weeks later you find yourself on a bus to Finger Lakes with 45 other kids on your team. We’re all going up with the same goal in mind: to make World Championships.

The robot struggles at first, but we soon improve. After 70 matches, it’s time for playoffs. And we make it. But then we get eliminated right away by the #1 alliance. Oh well.

Award ceremony comes. An hour goes by. Nothing. It’s now onto the final award, the most prestigious award in FIRST: the Chairman’s Award. You hear the emcee:

Before you know it, you’re up on your feet walking across the field. Judges are high-fiving you. Your video comes up on the screen. You’re taking a group photo. You hug someone. Someone hugs you. 45 of us hug each other at once.

Wait, what just happened??? Did we just win the highest award in FRC? And we are going to World Championships? 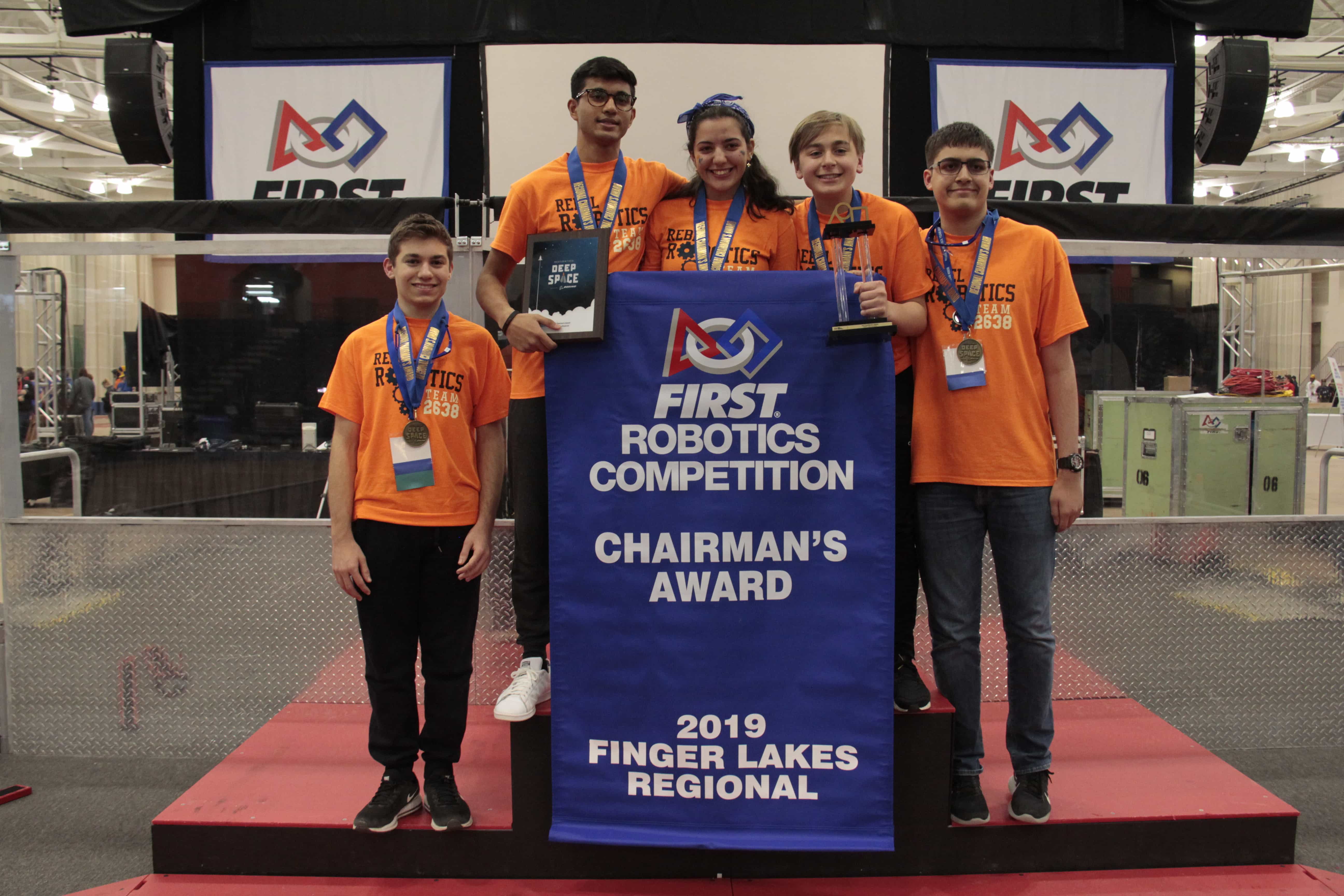 Winning the Chairman's Award at the 2019 Finger Lakes Regional

The 2nd regional comes around, this time locally at Hofstra University. As the first day of qualification matches rolls around, we’re in the top 5. By the end of the 2nd day, we’re ranked #2. Now it’s time to pull out the 600 scouting sheets and make a decision. J-Birds and SO BOTZ, we welcome you.

We make it to the final match. Just one more win to win the entire thing. You are sitting in your chair nervously. We miss a cargo ball. Two. A hatch falls off. Now it’s time for the climb. We make it. The other team — not so much. The match ends. The other team was in the lead. It’s anybody’s game.

Match review lasts a good 10 minutes. But finally, Don’t Stop Believin’ comes on: “Just a city boy. Born and raised in South Detroit.” And that was our answer. We were going to Detroit for the World Championships. Again.

Before you know it, you’re in the pit. Everyone’s crying with joy. We’re all jumping on each other. We did it. We won the entire regional. 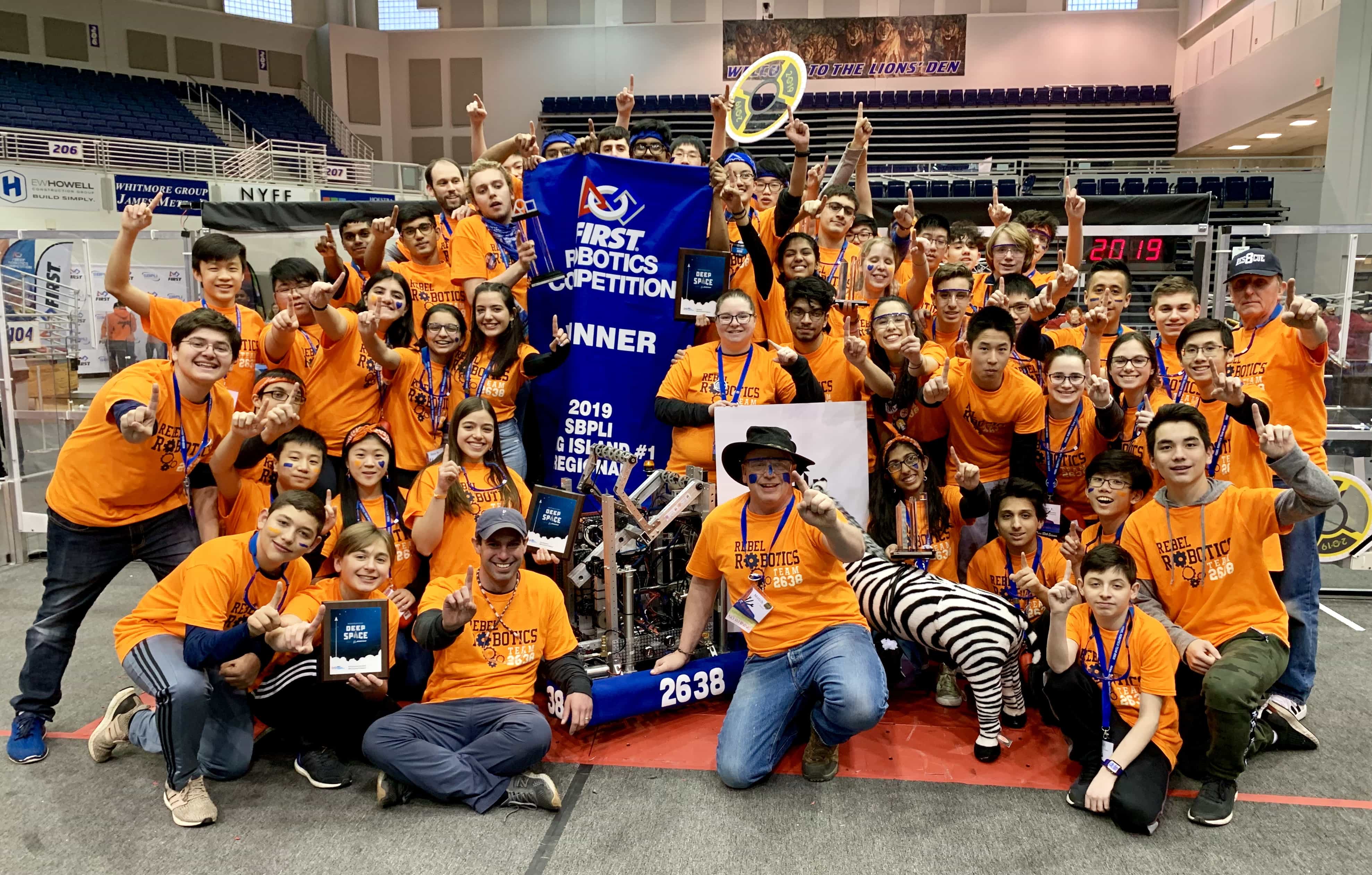 And as World Championships comes and goes, and you’re on the bus ride home, you begin to reflect on your robotics season. All the late nights, all the countless times the CAD program crashed, all the pain and agony in getting the arm mechanism to work — it was all worth it. No, let me rephrase that — it was all totally worth it. You realize that you’re truly part of a family — a really special one. It’s why you come back every single day.

And that’s why I love robotics.